Just Passing By
[Feedback can happen in the most unexpected places!]

I passed a woman in the street today, whilst out shopping with my wife … and as this lady went by … she commented aloud:-

‘I haven’t touched a drop since!’ … touched her nose with her finger and and gave me a knowing wink!

– to stop her developing a tendency to drink at home alone!

Clearly it had worked! She had successfully cut back on her beer consumption.

And it had lasted two months.

At the time of her treatment she had commented:

Beer is ‘a nice friend but a bad enemy’ – especially when drinking at home on your own.

Now she was able to enjoy her social drinking which was fine – but was no longer tempted into ‘solo-drinking.’ 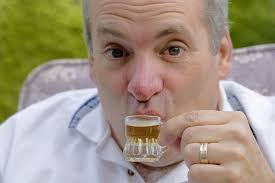