Just to let you know how I have been going the last few days:

but I have to say, my sleep does seem deeper for having the hypnosis treatment session.

I did not want a sleeping tablet, so I read – rested a while – but did not drop off

– so I then listened to your CD – and I went into a deep trance.

I had feelings like I was on strong sleeping tablets, and my body was very heavy.

20th – We were away for the weekend and driving,

so I took a sleeping tablet to make sure I did not lack sleep.

21st – Away from home again … so I took a sleeping tablet

Instead, I read and listened to disc. (CD)

This put me in a deep relaxation state towards the end, as the tranquil waves were coming over me.

I did not drift off to sleep immediately, but eventually I read a little again then just relaxed.

I went to sleep about 3am so I did get 4.5 hours sleep. However, I woke up feeling quite energetic.

I just read, rested, relaxed and just drifted off to sleep naturally. 7 hours. 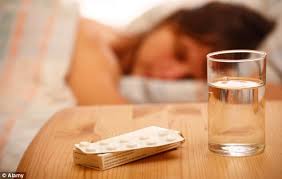 Client Who Eventually Learned to Sleep Naturally Without Tablets